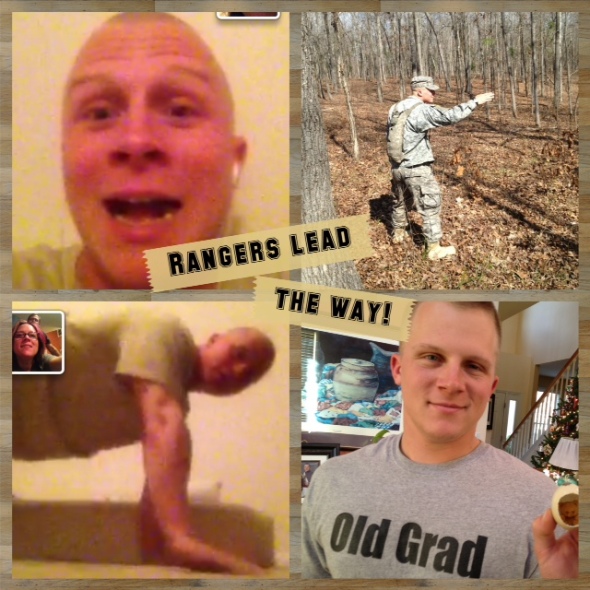 Today I announced to my orange freckle, orange hair olive shoot that he was going to help me prepare spaghetti sauce for his brother. Ike is on Spring Break and unlike some of his friends who are on safaris or at the beach, Ike is going to Fort Benning in a few days. Woot. There he will see his older brother, Nate who will be on an eight-hour pass from Ranger School. The entire day will be spent attending to Nate, nothing, but Nate.

So how did Ike respond to my request for kitchen assistance?

With a zesty YES as hearty as the sauce we would soon create?

or with a disgruntled hrmph like a jar of moldy Ragu?

If you said, “B” you would be correct. Ike did not leap into action. The idea of being my sous-chef was irritating to him at best. At one point, I told him that if he continued to complain, he wouldn’t be going anywhere. That caught his attention.

My intention isn’t to belittle my olive shoot and say he’s a slug of a son. Oh no. This kid can throw down.

Once he got his mind around the task, Ike browned those ribs and spicy sausage. My youngest olive shoot chopped that garlic, the dude mixed that tomato sauce masterfully. The annoyance that had invaded his spirit disappeared. As he made the sauce, I worked on the meatballs. Time flew by. Instead of bitterness, we savored our time together. This whole pot of sauce is for Nate.

Our Soldier has been eating MRE (Meals Ready to Eat) during Ranger School = blech! According to Nate’s letters, he is so famished, he’s even licking the MRE wrappers!

Does this not sound like a man deserving of a soul-satisfying repast?

We have been warned that he will have lost considerable weight since we saw him last. With only eight hours of rest, we have limited time to bless and refresh our Soldier. As Ike and I turned our sights from ourselves to another more deserving, the time was flavored with grace. 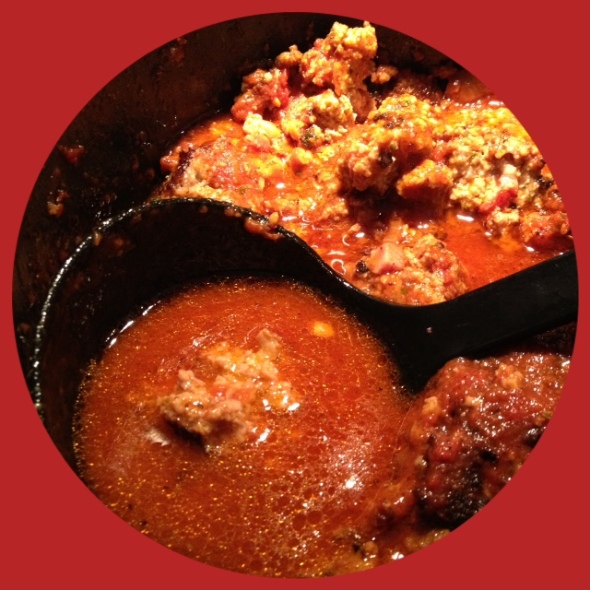 May this sauce grant my Soldier strength and renewal to continue on in Ranger School!

Oh if I only had smell-a-vision. There were many life lessons gleaned from this kitchen today. Just wondering, can you relate to Ike or me? Should I post the recipe? Do you dare even invite your boys to cook in the kitchen with you?