Nate and one of his housemates threw a party for the other folks in their troop. It’s weird thinking that my OS is now hosting social functions without my input but it’s also quite awesome thinking that he is doing it so well.

I’m not sure it’s leather but Nate got this find for only $200! Thanks Dave Ramsey!

He is getting settled and learning the nuances of independence. Recently I received a text from him and he was all aflutter (I just had to say that about my Soldier as it conjures up the silliest visual image) about the new leather couch he bought at a yard sale! The other day he bought a washing machine and dryer for only $200. My OS is doing all that he can to make Fort Benning a good place for him until the next season of life rolls around.

I am happy to hear how he’s acclimating but the proudest moment for me was when he told me about one particular dish he served to his nearly 20 guests at his 4th of July bash. 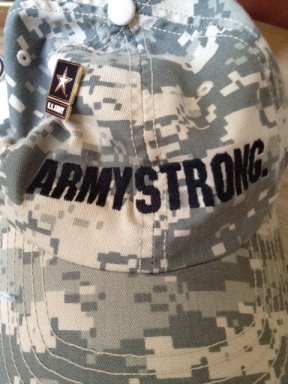 Our Soldiers need to eat well in order to be Army Strong!

When asked about what kind of lettuce he used, my boy said, “Romaine!” He actually said “Romaine!”

Among other things offered at the 4th of July celebration, Nate also served salad. And not just any salad, oh no. That boy remembers his roots and he made his own dressing! And when I inquired about what kind of lettuce he used, I secretly hoped that he wouldn’t answer “iceberg.”  My oldest OS did not disappoint. That amazing young man replied rather matter of factly, “Romaine.” Yes! A feeling a total contentment a washed every fiber of my being and since I eat Romaine lettuce, I have plenty of fiber thank you very much. 😉

Y’all, the Lord could have taken me Home right then and there! But since He didn’t and I’m still alive, it gives me a chance to post the recipe for you. Originally a Rachael Ray recipe, we have since renamed it Hooah Salad. Nate has made this salad in El Salvador for his girlfriend and her family and now he’s taking his culinary skills to Fort Benning in Georgia. I smile thinking of my Soldier stopping by the grocery store in his ACUs just to buy a small jar of tarragon. He might have worn his civies but I like my image better. That’s pretty cool.

I gave this recipe to a newlywed couple recently and asked them to pray for Nate and the troops anytime they make Hooah Salad. If you ever make this, will you do the same? It would mean a lot to this mama of a Soldier. 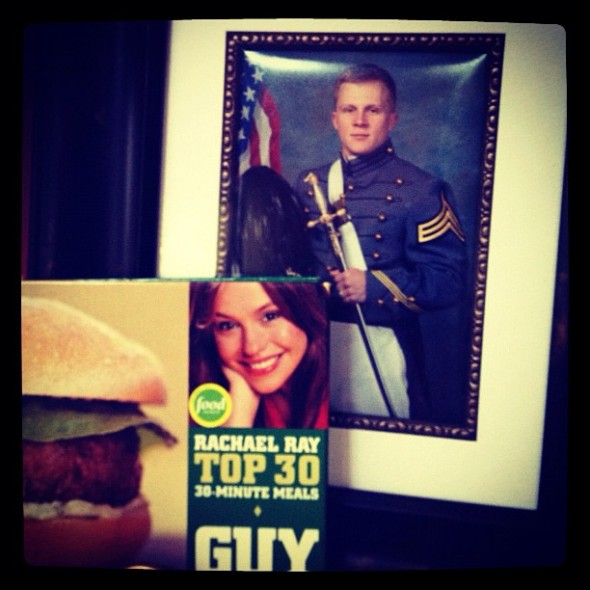 My Soldier likes salad. Thanks Rachael Ray for a great recipe that is a family favorite!

The zest and juice of one small navel orange

Remember Nate and all those serving as you enjoy!

And oh, here’s the link to ordering that cookbook if you are interested. I know a lot of 2LTs need some good recipes and for under $5, this has a ton!

4 thoughts on “Real Soldiers eat salad and I have proof”