The rain that pounded on my window Saturday morning symbolized my heart. Something I have wanted to avoid and have long feared, had now come true. For the first time in my life, I awoke to being without my grandma. Tears have poured from my eyes for nearly a week and waking to this new reality was crushing.


Navigating through grief challenges us in the most basic of ways. What can we do to acknowledge our sadness but not paralyze daily living? How do we move forward in life while still honoring the memory of our loved one? Is it ok to still laugh and smile?


So many of you can relate, I’m sure. Grief is complicated, isn’t it?


Those torrents of rain granted me permission to stay in the house and do nothing but cry. But when the sun burst forth in the early afternoon, I knew I had two things to do. One was to go shopping for a dress for Ring Weekend, a very special celebration at West Point we will soon enjoy with our oldest OS. (stay tuned!)


And the other was not an task-related errand but something equally important. I had to go back to the swimming pool.

My grandma was a fire-cracker, a whipper snapper, a kick in the pants kinda gal. She was a hard-headed, go-getter who didn’t let things keep her down for very long and I always admired those qualities.


So in honor of my grandma and because I believe the Lord has given me this summer to conquer my fears, I swam four laps. They were crooked and awkward. They were not exactly consecutive laps either. I did my own special version of what I believe you people call “breast stroke” and “back stroke.” During the back stroke, in the middle of the lap, I swam into the plastic lap divider rings. (I just realized I called them “lap” dividers not lane dividers, told you I was a swimming newbie!). Instead of just giving up, though, I found myself laughing, the Hubs nearby chuckled also. I’m exerting a tremendous amount of physical energy swimming because I don’t have all the movements synchronized. I’m aware of how silly I look but that is no longer a big concern. Considering all the sadness in my heart, it was a triumphant moment. 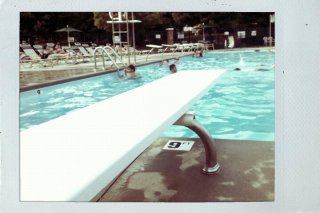 Then the perfunctory ten jumps into the deep end followed. The Hubs sat contentedly on the lounging chair as I began the task. Things were going well but then suddenly, while underwater, fear gripped me. I panicked and I doubted that I had enough air to make it safely to the side. The Hubs was reading a book, he had no idea. It was only after I grabbed the side of the pool that I was able to get his attention. From the poolside, I mouthed, “Hon, I’m struggling. I’m scared. I can’t do this. I’m done.”


Left to my own defenses, overwhelming grief combined with lack of confidence, I was ready to go home. Hadn’t I done enough, felt enough for one day? I didn’t see myself as a failure, I just felt like a grand-daughter mourning and that is part of what I am right now.


But the Hubs spurred me on. He said, “I’ll go in with you. Come on, let’s get back in the water.” With that, I returned to the water and not only did ten jumps into the deep end of the pool but I did an extra. The last one was for my grandma. I asked the Hubs to take a picture and yes, I’m crying while making a heart symbol. I will never forget you Grandma. Wherever I am, Grandma, I will carry you with me.

I have no idea how I’m going to press on without one of the most significant people in my life but what choice do I have? Therefore I have to hope. Not in myself but in the power of Christ in me. It’s no accident that the Lord chose this summer to be a time of loss and gain. I know the Lord is changing me.


I don’t really like this part of the process, it hurts like crud but I hear the voice of my grandma saying, “That’s great, Cin! I’m so proud of you!” she would giggle with delight. And I hear the voice of the Author of Life, my Sustainer, the Lifter of my head reminding me that “he who began a good work in you will be faithful to complete it in Christ Jesus.” 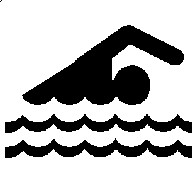 Keep working on doing your own hard things. I am blessed by your prayers and comments.