It is strange and curious thing to do a google search of your grandma’s name and see a bunch of “hits” appear. Prior to Saturday, the only time I had ever googled my grandma’s name was um, never. In fact, it was only because of a frightening set of circumstances that I thought about ever doing it and here’s why.

Saturday evening around 7, the phone rang. When I saw the area code of the person calling, I got nervous. I don’t get a lot of phone calls from this area code and this time my anxiety was justified. The phone call was from my sister informing me that my grandma who lives in Florida was missing. My sister called many states away from both of Grandma and me and she said that Grandma had been missing for several hours at that time. As I hung up the phone, I almost couldn’t feel and horrible things came popping into my head. Our family gathered around to pray as I crumpled in a heap of despair. 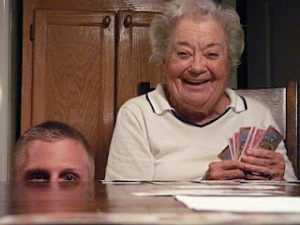 The police had been notified and were looking for her. Grandma’s friends had called my aunt after she hadn’t arrived at a friend’s house as planned. Unbeknownst to me at the time; my almost 90 year old grandma had recently gotten lost in the daytime. When her friends opened the key to my grandma’s house, she was gone and the car keys were gone. The cell phone was left on the table and the Life Alert my aunt insisted on her using was still in the box.
I put prayer requests out on facebook and for all the pain that facebook can cause and wow, let me just say, it has caused A LOT of pain for me recently, I was comforted by the outpouring of love and prayers said all over the country for a person many fb friends do not know.

Watching tv was like looking at a blank screen so I reached for the thing of hope that is 100% reliable. My Bible.
I began doing my Teen CBS lesson and admit that I had trouble concentrating. I opened my Bible and did as the lesson prompted which meant reading a Scripture verse I desperately needed.

6Do not be anxious about anything, but in everything, by prayer and petition, with thanksgiving, present your requests to God.

By then my grandma had been missing for five hours. She has a bad knee and I pictured her hobbling in the dark. I thought of her being scared and because of an active imagination or too much tv, (never CSI, praise the Lord!), many other horrible pictures came to mind.
In the small space provided, here’s what I wrote in my lesson
10:07 pm – Grandma missing for five hours. Father, you want me to read this – you know my heart, my sadness and fears – I am so weak – do not be anxious about anything – seriously!?
ANYTHING!? Yes!
Around 2 am the phone rang again. The Hubs quickly removed his C-Pap machine and scrambled for the phone. My grandma was found! She had driven all the way to Naples, Florida which is about 2 1/2 hours away. She had been driving for NINE hours without stopping. Confused, Grandma entered a convenient store and the only thing she recalled was that she had a business card of my uncle’s. The clerk called and soon my grandma was located, stayed at a nearby hotel and life will never be the same. 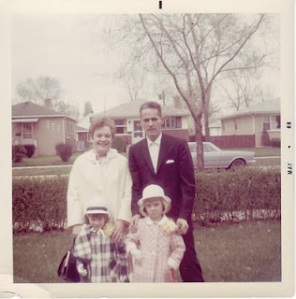 Since that fateful night, I have cried so much that on Sunday the sides of my eyes were sore from the salt in my tears. My grandma left on a plane to Chicago where my aunt lives and she will never return to her home. She had wet herself and needed a shower and doesn’t understand what all the fuss is about.
I fear other posts about this situation and about dementia or Alzheimer’s but for now, let me focus on the comfort I had in leaning on the Lord. I am afraid and sad beyond words but the words I read on Saturday night were not an accident. Though they were hard to put in practice, they are true.
Googling your grandma is not a good thing. Seeing a Breaking News story about one of your dearest, best friends who just happens to be nearly 90 and a close relative is yucky. My grandma has been very private about her age and now everyone will know she’s almost a nonagerian! The good thing though is the Good News – both the literal one that my grandma was found and the spiritual one I found and find in Jesus.

3 thoughts on “Lost and found”