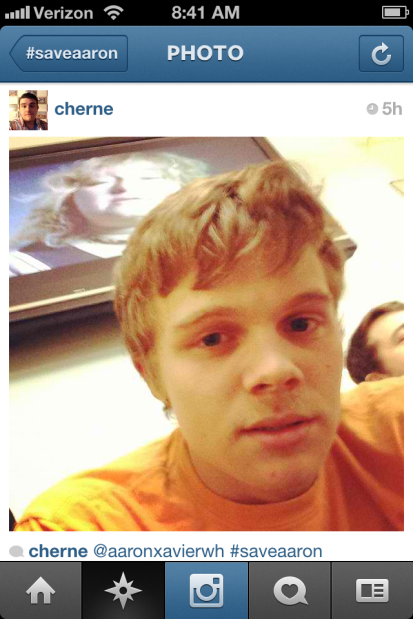 Awkward fun at the hospital

The appendix is a fairly useless organ but it sure can wreak havoc. If you are planning appendicitis during your college career, remain well hydrated and carry an extra dose of humor for the journey. You also might want to finish all your important papers too. Just sayin.

My ministry-minded olive shoot is at a hospital in Chicago. Yesterday in the late afternoon, Aaron began to experience severe abdominal pain. His buddies took him to the Emergency Room and following a CT scan, Aaron learned his appendix is unhappy. Soon it will vacate its home.

It stinks being so far away from my OS right now but thanks to social media, I can see Aaron and his crew made the most of a stinky situation. His friends brought him to the hospital and had already purchased him a Get Well Soon balloon. The balloon and Aaron’s buddy, Ethan have been his constant companions. 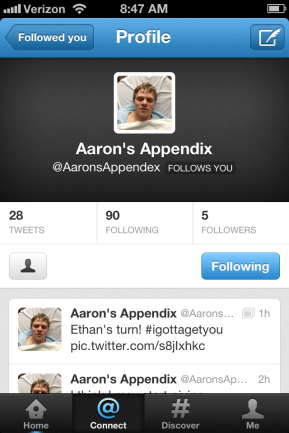 Aaron will have surgery in the next few hours and probably be discharged tomorrow. I praise the Lord for his goodness and how He has worked out all of the details in advance. He has surrounded my olive shoot with a caring community and a wacky bunch of friends which is exactly what Aaron needs and what the Great Physician ordered.

I learned that sometime in the middle of the night, one of Aaron’s friends even created a Twitter account on behalf of Aaron’s failing vermiform.

A few moments ago, Moody Bible called to check in on Aaron and to make sure I knew of his condition. Since I’ve had a son at a military academy who had ACL surgery at West Point last year and now an olive shoot at a Bible university, I have no idea if this is how the rest of the colleges handle medical matters. 100% of my over 18-year-old OS have had surgery during college. Ike, if you’re reading this blog post, Mama would  really appreciate it if you changed the stats when it’s your time to get your degree.

It has done this mama much good to trust in the Lord and rely on the mighty ways He can transcend the miles and distance.