I have had my share of life adventures. Some of these adventures I can tell my family and future grandbabies, others aren’t exactly edifying and need to remain hidden. Oh well! But I am not finished with having exciting stories before the Lord brings me home one day. This summer, I haven’t really been anywhere especially incredible but I’ve been truly content with staying close to home, taking care of my family doing what the world would say is “boring stuff” although I don’t personally think so.


But about 18 months ago, I went to El Salvador on a mission trip and something I never expected has happened as a result. This short-term mission trip was the second time I had gone out of the country to serve the Lord. In no way could you was it a vacation yet I experienced many incredible, anointed, beautiful, positive adjective-filled moments.

The one moment that will forever shine in my heart, however was when we spent time in the girls’ prison just outside San Salvador. Tucked in the hustle and bustle of El Salvador’s capital, the girls’ prison is next to an orphanage. As we approached the compound, little boys crowded around our van, some with dirty t-shirts and threadbare tennis shoes so worn we could see their overgrown toes sticking out. We greeted them but directly checked in with the prison guards to begin our work. The guards escorted us to a room full of teenage girls who didn’t really look as if they had committed any serious crimes. I felt comfortable and at ease among them even though I knew several of them had done very bad things.


The girls at the prison warmly greeted us with hugs and complimented me on the blue-tinged highlights in my hair. Then we began to share with them. My friend and former work colleague, Beth Anne told her story of redemption and the girls were deeply moved. A beautiful El Salvadoran young woman named Lu  translated for us and allowed us to boldly speak of Christ’s unending love for all of us sinners.

I had grown quite fond of Lu in the car ride to the prison. Her English was exceptional and she was at ease with us gringos. While cramped in the car, Lu inquired about our lives. I began to speak about my family and told her about my children.


When I began to talk about Nathan, my oldest OS, as is my custom, I began to cry. Just the thought of my boy filled me with love and pride. But no sooner had I started crying, then I noticed that Lu had tears in her eyes also. Casually I mentioned that she and Nate would like each other and suggested that they be facebook friends.


In the back of my mind, I thought to myself that Nate would find both Lu and her friend Tatiana quite beautiful. I was certain my OS would be more than willing to be kind to these girls.

Um, that is an understatement.


Because now fast forward 18 months and you’ll never guess who is in El Salvador.


Yes, my oldest OS Nathan is in El Salvador.


And I wouldn’t exactly say he’s on a mission trip but he is on a mission and in my estimation one of the coolest and sweetest missions a young man will ever undertake.


Since leaving El Salvador, Nathan has been talking to Lu. For countless hours, the two have been chatting till the wee hours of the morning and have become wildly crazy about each other.

On Monday, after weeks of anticipation and planning, immediately upon completing his Beast detail at WP, my OS flew to meet Lu for the very first time face to face. It was a surreal experience to go from the rigors of West Point to a tropical land in Central America. And wow, it was even wilder when Nate boarded the plane from Miami to San Salvador and discovered that he actually knew the pilot taking him there! It turns out that the pilot is the father of a high school classmate and friend. Here’s the pic of Nate in the cockpit! We received a phone call from the dad telling us he had flown Nate to see Lu!

The beautiful young lady I spent two and half days with in prison is now my son’s girlfriend. The translator who helped us share the love of Christ in a girls’ prison now occupies a great deal of space in my son’s heart. There were moments in prison when the spirit of the Lord was so intense, we were again moved to weep. Beth Anne, Lu, the girls, me and even the prison guards were reduced to tears. Speaking of God’s love and forgiveness and what He has done in our lives, how utterly humbling to be in that place. In so many ways, I am happy I made this trip. Now I am even happier. 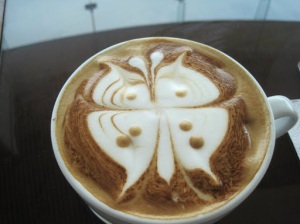 I am deeply blessed to say that I love both of them. While on the mission trip, I saw firsthand Lu’s heart for the Lord,
her compassion and kindness, not to mention her outward gorgeousness (if that’s a word!) It made me fall in love with her before my son did. Until Monday, I was the only person who had ever occupied the same physical space with both of them. As of Monday, that changed.

Only the Lord knows where this story goes from here. We are all praying and depending on our Heavenly Father to order the steps for this relationship. I need permission to tell more about things but trust me, I want to tell you as it would give us all hope and inspiration. 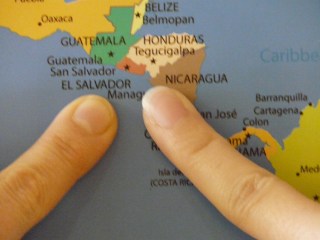 Until then, I’m living vicariously and loving it! Stay tuned!

3 thoughts on “Living vicariously and loving it”