Ok, admit it. We all have had some bad experiences with Picture Day at school. Because I am so honest and brave, I will now share with you perhaps one of the ugliest pictures taken of a 10th grade student at Naperville North High School. Who is this hideous creature??? Moi, thank you very much.

My little brother had a very funny school picture taken which still brings me chuckles. Since he’s a lot bigger than I am, I will only tell you about it and not risk my life by posting the picture although I’m sure he doesn’t read my blog. I will simply tell you that I dubbed him Triangle Head because his bangs were combed into a serious Isosceles triangle.

Whether it’s genetics, puberty or just bad luck (if I believed in luck), I don’t know but it appears that something went terribly awry with Aaron’s 10th grade picture too.
Brace yourself, friends. It’s not pretty…(He is pretty but the picture is not!) 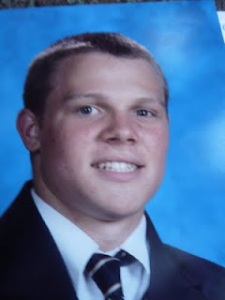 When my middle OS set down the envelope containing his school pictures, I opened it excitedly. He’s a good looking kid, nothing to worry about right???
WRONG!

I looked at the face in the photo and the child in front of me, I was incredulous. “For Pete’s sake, Aaron, what did you do? This is a horrible picture!” Aaron completely agreed and feigned innocence. It’s almost like the photographer wanted to get the most unattractive angle of my OS possible. I mean, really! His head looks misshapen, the smile is forced, his eyes look strangely placed, this is not my child!
We have returned the pictures but I admit I almost wanted to buy them because they were so bad and surely would be good for laughs for years to come.
I’d love to hear that my family isn’t the only one with quite a collection of bad Picture Day pictures!

One thought on “PIcture Day problems”